I’m sure many of you will remember Cheque. As a three year old he was the first horse to join me in my new adventure at Quinta do Brejo. Soon after he turned four a visitor from Sweden fell in love with him and decided to change her life by becoming a horse owner.  Her decision was (after spending many years away from riding) taken with the heart, but even then there was no denying that they suited each other very well. And after only a short time back in the saddle for the rider, and a short time under saddle for the horse – a lovely and fitting partnership started to develop. 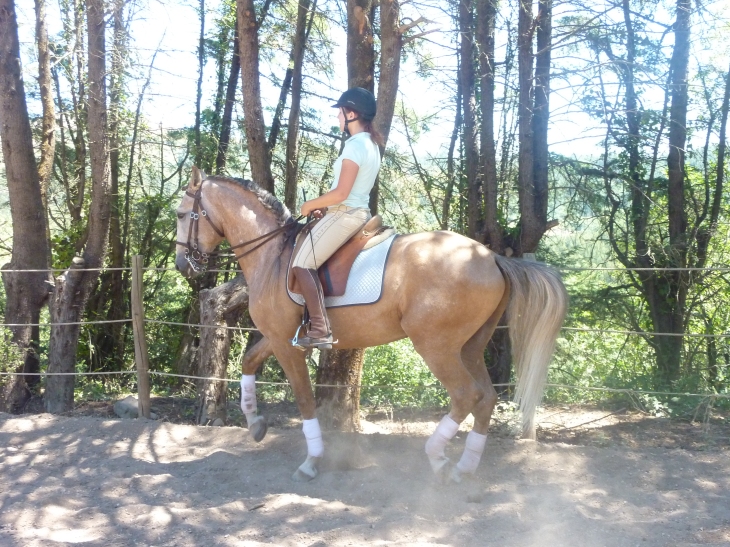 Now another year of schooling and maturing has passed and it is getting close to the day when Cheque will make the trip to Sweden and his lovely new home. The year has prepared both horse and owner for what will soon take place – both mentally and practically. After some initial fears about the task she had let herself in for, Cheque’s new owner has taken an active part in her new horse’s development, visiting us at Quinto do Brejo regularly and making all the right preparations at home.

Cheque has been a joy to train. His confidence, balance, temperament and movement have combined to make a very capable young horse, whose potential his owner can soon continue to realise.  In the same way, Cheque’s owner has also developed her riding, her way with horses and her mindset as the trainer and guardian of a beautiful Lusitano.

The next few images show some glimpses of the journey Cheque and his owner have taken together, from their first meeting, through their training sessions together over the last year (including just last week). I hope you enjoy them…. 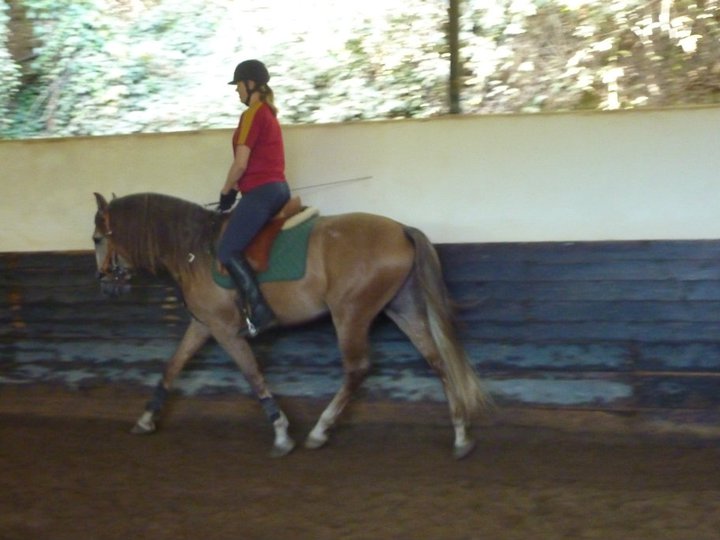 We’re enjoying beautiful winter sunshine here in Portugal and looking out over the quiet fields with horses grazing, my mind is taken back to my recent clinics in Sweden, which were as rewarding and interesting as always. One of the favourite aspects of my work is to see the progress of long-term students and how each of them has taken something different from our sessions together and made it their own. And of course it’s very exciting to meet new students with their individual challenges and aspirations. Each and every combination of horse and rider is unique and I never get tired of taking my part and seeing where it can lead for all of us.

Now, back in Portugal, the new year is in full swing here at Quinta do Brejo, where we have three new arrivals waiting to begin their schooling with us.

Two are three year olds; the other – whose name is Diamante (featured in the video below) – is four, and yesterday was ridden free in the arena for the first time. Diamante has Veiga blood (one of the most significant and historic of the Lusitano bloodlines) and – as is typical with those from his line – he is sensitive, but he has shown a very good mind. Diamante is the Portuguese word for diamond and we’re certainly taking a lot of pleasure from polishing him.  We will introduce the other horses to you in the coming weeks.

This is Cheque, who you might remember from a previous post. He is a 4 year old Lusitano stallion – the first horse I brought with me to Quinta do Brejo. Now he’s been in training for almost a year.

Cheque is going to stay with me for a few more months of schooling before he moves to his new home in Sweden and I’m very pleased I’ll get the chance to see him develop – he’s a lovely horse to work with.  At this point in his training we’re still working on the basics, but now I’m also adding some lateral steps and a few transitions from walk to his programme.

This video shows our first attempt at a counter canter in our small arena. The counter canter is a good exercise to help a horse develop his balance, but Cheque is a little young to do very much of this exercise, so we take it gently and only every now and again. His canter in general is now becoming more balanced, even though he sometimes drops a little onto his forehand. He can do this in trot too, but he is a big young horse with a lot to carry and is still growing. With time, and as his musculature develops, his balance will improve.  It’s important not to rush a young horse into advanced work before they are ready. And adding lots of variety in the work we do ensures we don’t ask too much of them too soon.

I also do a lot of work from the ground with Cheque, which helps with his suppleness.  Cavalettis and easier jumps help with his athletic development, but they also add variety and stimulation in his work – it’s good that he has fun too!

I try always to read the signals the horse is giving me so that I only ask for what he can give me.  A young horse goes through different stages of growth and development – their physicality, mental maturity and even their changing teeth will all impact on the way that they respond to the work we’re asking of them.  So if it sometimes feels that the horse is a bit unbalanced again or not always developing forward, I don’t worry. I try to think of our development together (and the relationship he’ll form with his new owner) as a long journey, not a sprint – given time and patient work, the pieces will fall into place.

Here is a small video clip of Vip, showing his recent progress. He is a horse that really wants to please – sometimes even too much! He’s starting, though, to become more confident and relaxed in his work, which has meant we’ve been able to attempt some of the higher collected movements, such as flying changes. Each time we train, we work on small progressions – satisfaction comes from a simple improvement done well.

Quite often while teaching clinics or lessons, I’m struck by the way that we can all too easily focus on small detailed things rather than the bigger picture of what we’re trying to achieve with our horses and ourselves. I think it’s very important to have a holistic sense of the training of horse and rider – what we want to achieve and how we’ll try to get there. Every exercise we do in training is then a preparation for the next, progressing steadily toward the objective of a supple, light horse that enjoys work and moves in self-carriage and balance without getting injuries or other problems.

END_OF_DOCUMENT_TOKEN_TO_BE_REPLACED

The other day we welcomed a group of professional photographers to Quinta do Brejo, who observed how we train our horses.  We recorded this video which we thought you might like to see.  Afterwards there was a dinner with Fado (traditional Portuguese music)… a lovely evening.

The video shows Charlotte riding and schooling our Lusitano, Vip, in a way that is very typical for their work together. Each schooling session is different, working with what Charlotte feels the horse needs at that time – they can be short or longer in duration, work on particular movements or simply on the horse’s gymnastic deveopment. Particular problems may also present themselves during the session, such as stiffness, which Charlotte can then work to improve.

This is Cheque, the 4 year old Lusitano Stallion I’ve been training in our new home – Quinta do Brejo. Having said farewell to Morgado Lusitano, how wonderful it is to be opening a new chapter of my life and career where Maestro Nuno Oliveira lived and schooled his horses.

At this stage Cheque is only four months into his training, and 6 weeks after being backed for the first time. In Portugal – and according to the classical  principles – horses are normally left until around three years old before any kind of handling takes place. Training is then at a slow pace, sympathetic to the horse’s physical and mental development.